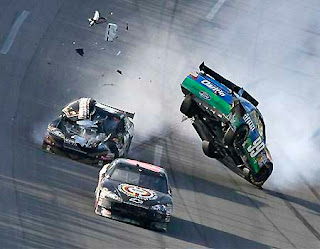 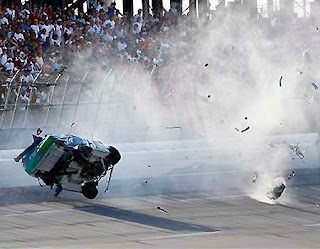 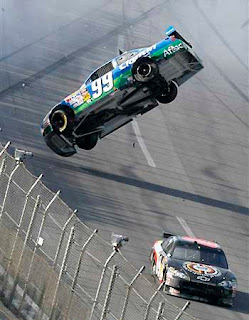 At Talladega 2 weeks ago which was the worst "big one"? I think the worst big one was what DW (Darrel Waltrip) calls the, "Oh my gosh big one!"
Brad Keselowski said that he was just trying to keep his line. He was under Carl Edwards when he came down to block. I think the crash wouldn't have been so big if Ryan Newman didn't hit the back of Carl when Carl was coming down.
My Nana and Papa where there and the crash happened right below them. She called me to ask if I saw it.
Posted by Tripp at 7:56 PM

This Blog is Monitored By My Mom!

So, don't even think of being mean!

Tripp
I am the oldest of 3 boys. I eat, breathe, sleep NASCAR! Stick around to find out all that I know! I like Dale, Jr.

Who is your favorite Nascar driver??